Based on Fedora 22 and Gentoo. Some notes can be found at http://longwire.com/?p=47.

First I found I had to install some development and headers from Fedora:

The X11 rx320 program requires something called Xclass. XClass will only compile on a 32-bit system. You will need xclass version 0.8.3 or higher in order to compile and run the rx320 program. The latest version is here: http://sourceforge.net/projects/xclass/. I have a download mirrored at http://pub.ke3vin.org/src/xclass-0.9.2.tar.gz.

These are the new features quoted from the website.

"I've developed a patch to one of the better open-source RX-320 GUI clients, Hector Peraza's rx320, which is based on the xclass libs. ... I was able to quickly implement scanning, a new hotkey ('q' to quit), and make some changes to the program's internal behavior (such as rollover on the low- and high-end of the frequencies supported by the radio). ... Here is what my version of rx320 looks like:" 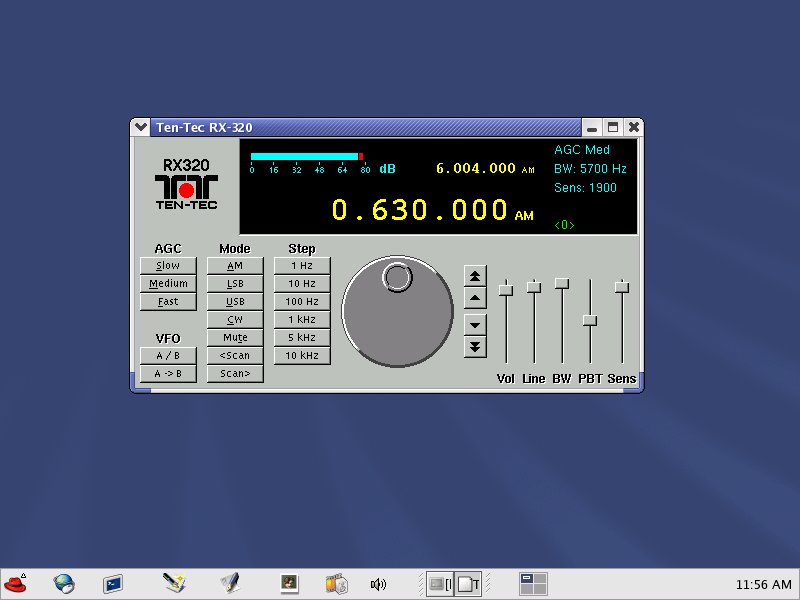 "... As you can see, I created two new buttons used to scan up or down, and a new slider control to set the 'sensitivity' to the scan. The scanning basically works like this:

- scan to a new frequency in the specified direction, according to the currently selected step (1Hz - 10kHz)

- compare the average to the Sens slider's selected sensitivity, which can be anywhere from 1000 to 9000

- if the average is greater than the selected sensitivity, stop scanning, else increase the frequency and try again"

The patches however are based on 0.6.1 however I found a newer version of rx321 at http://sourceforge.net/projects/xclass/files/applications/0.9.2/ which is mirrored at http://pub.ke3vin.org/src/rx320-0.6.2.tar.gz.

Since I am using /dev/ttyS0 I edited main.cc to reflect this.

I also found you can edit this at $HOME/.xclass/etc/rx320rc

If you do not have root access, you can install instead the application locally in your home directory, by typing